Bruna Soalheiros and Carles Prado-Fonts win, respectively, the Portuguese and Spanish Edition of the Prize

You can watch the Awarding Ceremony at the ICAS website clicking here. 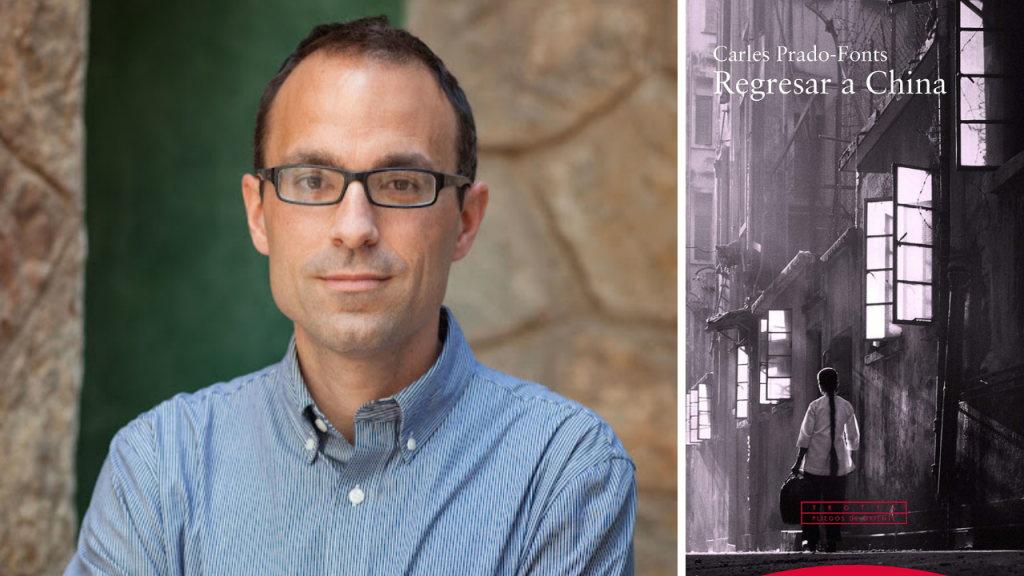 Returning to China is fascinating book, produced by a senior researcher and gifted writer. Carlos Prado-Fonts portrays the experience of the return of Chinese intellectuals who left their country for studying in Europe, the United States and Japan in the first half of the 20th century. Prado-Fonts focuses on the trajectory of three renowned writers, Lu Xun (1881-1936), Lao She (1899-1966) and Qian Zhongshu (1910-1998), to address a much broader social, cultural and political context. This captivating work, endowed with a rich and sensitive narrative, does not avoid confronting clichés about China. The book articulates an analysis of macroprocesses and individual trajectories, observing the dilemmas of a society in vertiginous transformation of its political system, while observing individual trajectories of thousands of returned intellectuals, divided between different cultures and national experiences. 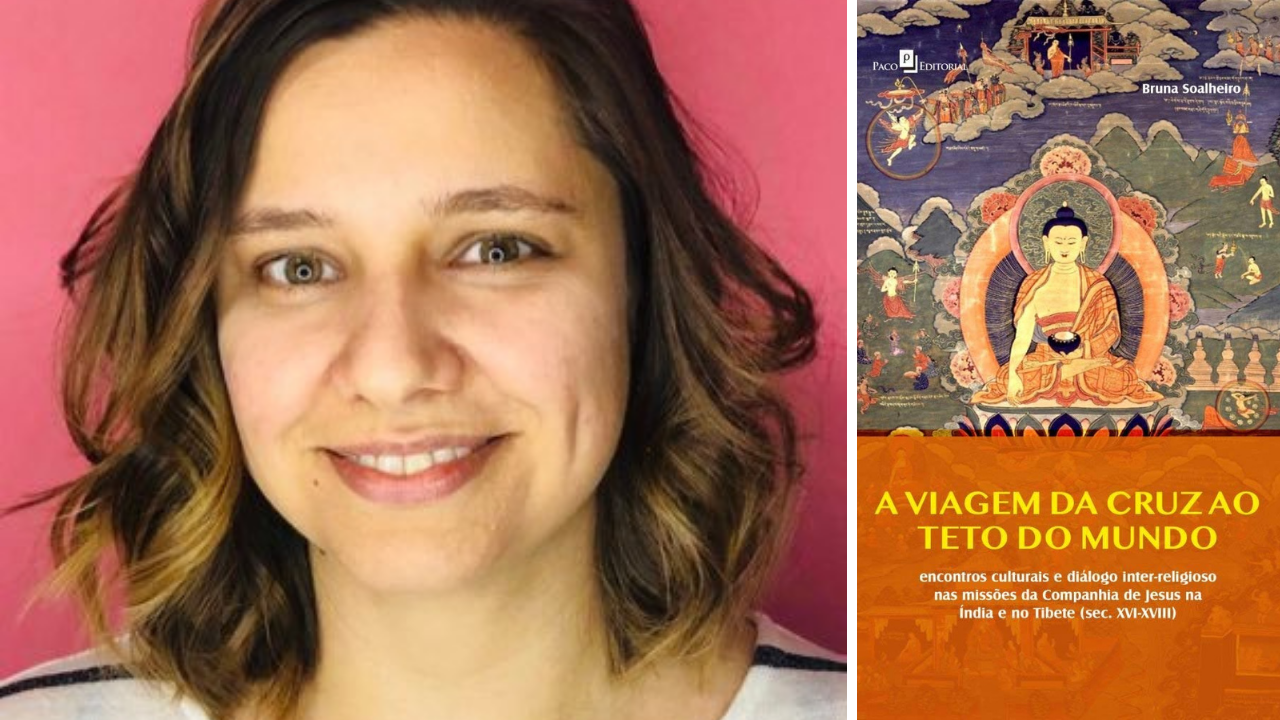 Soalheiro, Bruna. 2018. Viagem da Cruz ao Teto do Mundo [The travels of the Cross to the roof of the world]. Paco Editorial.

The product of serious and dedicated research, on the expansion of Christianity in a region with a shortage of academic analysis: the history of the connections between South Asia, the plateau of Asia and Central Asia. Bruna Soalheiro’s careful research on the Jesuit presence in India between the 16th and 18th centuries, focuses on the missions to the Mogul court (1579), and that to the Tibet (started in 1624), analyzing writings published and circulated by the Society of Jesus, as well as on letters and notebooks written by missionaries. Soalheiro explores reports on the complex dynamics of cultural transfers, ways of circulating ideas and political disputes that go beyond strictly religious readings and help “de-cloistering” the history of religious orders. The book dialogues with a global, connected history that does not lose sight of the geopolitical dimension of religious missions, which need to be analyzed in the face of disputes with other religions present in the region, such as Buddhism and Islam. Another merit of this work is to show that even if the conversion intentions were not very successful with the Mogul court and in Tibet, the missions certainly left a mark in the political and cultural history of these spaces, ending up generating new fields of possibilities in religious terms and politicians.

The major relevance of the Primeira Circum-navegação brasileira remains on its careful editorial project, valuable for the dissemination of the history of diplomatic relations between Brazil and Asia during the Brazilian imperial period. This richly illustrated publication with iconographic and documentary material from late 19th century, accompanies the celebrations of the 500 years of the first circumnavigation of the planet, which docked at Guanabara Bay in 1519. Scomazzon and Franco follow the journey of the corvette Vital de Oliveira, built in Rio de Janeiro especially for this mission. The book restores the history of the first Brazilian circumnavigation, undertaken by the Imperial Navy between 1879 and 1891, addressing the role of this mission in consolidating Brazil’s diplomatic relations with African and Asian countries, with an emphasis on relations between Brazil and China.

Outstanding contribution to the field of Asian studies

This is the last book by one of the greatest Portuguese intellectuals, before his death. In this work, António Manuel Hespanha (1945-2019) opens up new research agendas, proposes new concepts and renews the historiographical debate about the Portuguese empire, paying special attention to subjects from communities of mixed identities that figure in images that circulate between the 16th and 19th centuries and between places as distant as Guinea, Angola or Macau, constituting a vast empire in territorial and identity terms. Through concepts such as the empire of shadows and the informal empire, the detailed description of these communities on different continents, and the use of dense demographic and socio-cultural data, Hespanha analyzes mechanisms of governance operating in these territories and discusses notions of identity in imperial contexts.

This is a robust, careful and innovative book. Certainly one of the best written texts submitted to the ICAS-Sephis prize in 2021. The publication is a contribution to the history of theater and art in general. In order to advance in what he calls a cultural history of theatrical practices, Henrique Gusmão revisits the work of the Russian director Constantin Stanilavski, resuming his contributions to a movement to redefine the work of this actor and the kind of theater he represents, as the son of the modern novel in early 20th century. In addition to the field of theater, Gusmão’s erudition allows him to explore the influence of literature in the emergence of new, less conventional relations between the text and the scene. Although the field of studies on Asia in Anglophone, Germanophilic or Francophone contexts does not always include studies on Russia, the committee considered the unique quality of this work and its relevance to the field in Portuguese and Spanish.

This book provides a historical synthesis of yoga as a cultural, philosophical and political practice. The questions that motivate the book are compelling: what is yoga? A philosophy, a religion, a physical exercise, a lifestyle? More than proposing an answer to these dilemmas, the authors intend to retrace a long and diverse history of yoga, always attentive to its transformations and impacts in different historical and social contexts. Its merit is to offer a holistic but accessible view of yoga, while challenging exotic or proselytizing views of an old practice that has gained global contours and, consequently, new meanings. It is an important reading to introduce readers interested in a complex history, crossed by disputes of meaning, metamorphoses and full of symbolism.

The book organized by Pau Pitarch reflects the international renewal of the field of studies on modern Japan in the humanities and social sciences. This movement is visible in recent publications in several languages and linguistic-academic communities from English to Korean, through German, Japanese, Chinese and Spanish and Portuguese works. It is important to note that recently released publications on modern Japan are not all centered in a Japanese perspective. This positive turn brings fresh air and inputs to the debates and includes reverberations of historical transformations that have taken place elsewhere, with or without immediate reverberation in Japanese life. Pitarch’s book amplifies this dimension by presenting a collection of 10 chapters by 11 Spanish-speaking authors who consistently produce on Japanese literature, based from Mexico and the US to Japan itself.

The complete list of shortlisted books can be consulted here.

Visit our Instagram and Facebook profiles in order to discover to get to know some of the books submitted to the Prize. You will find there a series of videos where the authors present their publications.